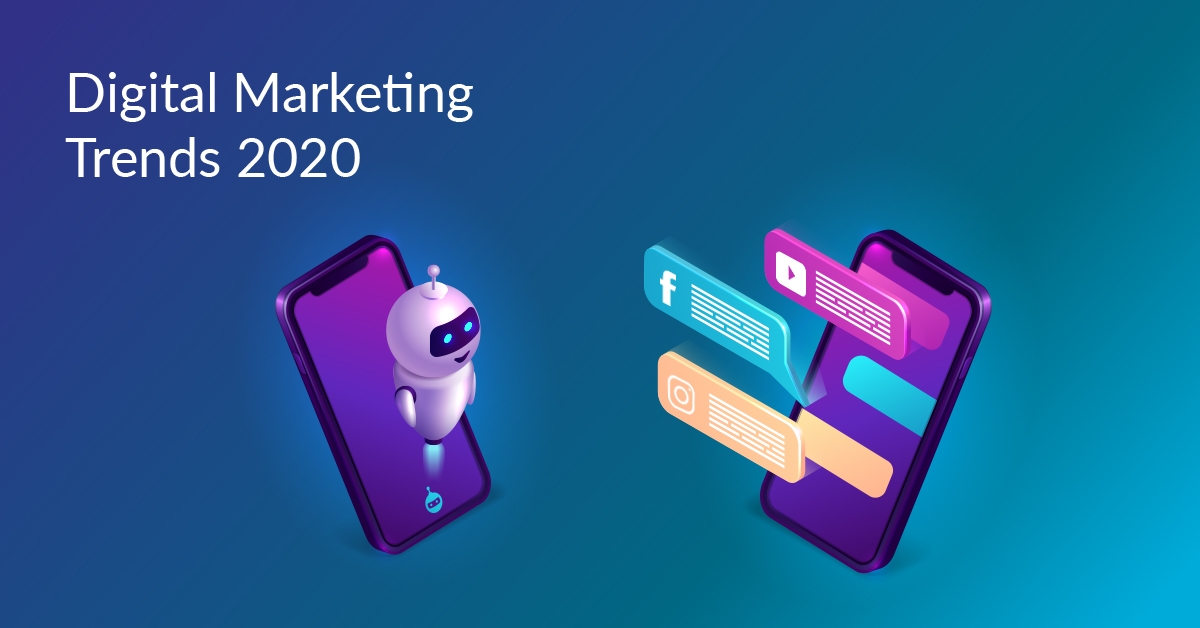 Digital marketing is one of the most common used phrases nowadays. In fact, it is clear that not everyone using this phrase knows exactly what it means. This is perhaps because it is difficult to define. There’s also a debate where some people claim that digital marketing is solely the use of electronic devices, whilst others insist that it is internet-based marketing. We feel that the best way to define “Digital Marketing” is the combination of both the former and latter: the use of digital technologies, mainly those using the Internet, but also including mobile phones (smartphones), display advertising and other types of digital media.

As the technology industry evolved, so do AI and AR.

AI has become the future. It helps reducing workload as well as copying human intelligence. This is the main reason AI has been implemented in social media. For example, with the use of special algorithms, AI assists in ranking which social post content is relevant to each user for display purposes. Fake news and sensitive information are considered the biggest “enemies”.

On the other hand, AR (augmented reality) not be confused with VR (virtual reality) is a different technology. AR takes the real world and applies computer generated augmentations on it, in order to enhance our experience. AR is being used in Facebook and Instagram. All those filters which either transform your face into a cat, or a dog, or a dragon are powered by AR tech.

Live content is another feature which will most likely be applied on all social media networks. It is personalised; it is engaging; it is fun; but most of all, it gives users the opportunity to relate with the people one follows or the brands we feel connected to. It also gives Influencers the chance to create fund-raising petitions in an interactive manner.

The newly launched Facebook Watch is a free, on-demand video service, which specialises in original content and unlike similar such services. The downside is that it’s packed with ads, which is the only mean of revenue.

Chatbots will become more advance on Facebook online services, which ties in with the AI. Chatbots will eliminate the no-reply period and it aims to ensure that clients will not lose interest and seek other options. Eventually, it is most possible that their evolution will be human-like chatbots where they will reply to every client/lead and will even close deals.

It is expected that there will be an increase in ads within Instagram stories to the point perhaps where it may be detracting to the user experience.

Organic reach will decline due to increased amounts paid by brands to access the platform which they’ve already invested much to cultivate.

As it continues its own path, Twitter will become the dominant force of news and information. As for its main weapon, the famous tweet, a well written, correctly structured and well-timed note can reach many audiences without paying a lot of money.

With new users registering on the LinkedIn network daily, it is becoming bigger day by day. For the moment it is free and anyone can join, but things are expected to change and LinkedIn will be a premium tool. It is possible that LinkedIn will replace the work email in large corporations and it already has chat features enabled. It is highly likely that interviews will be conducted directly via LinkedIn since all the information needed by an employer regarding a potential employee (applicant to a job posting) is readily available.

With YouTube being the world’s second largest search engine – behind Google –  videos may not be a new trend, but they remain vital for social media. They are no longer considered good-to-have in one’s online marketing mix, but surely a must-have. Additionally, through YouTube the utilisation of reviewing channels has risen due to the high demand of users who want to make buying decisions according to video reviews.

Influencer marketing is at a maturing stage. Authentic influencers will surpass the power influencers where real life stories will be a necessary part of the content being produced. On the other hand, with more and more companies trying to reach the pinnacle of their online presence, marketeers will be looking for new ways to promote their presence. This is where influencers will step up and step in. They will help with brand awareness and be a drive in revenue increase.

With the rise of influencers, podcasts will be a way of communicating with users. This will be a potentially new market which with the increase of podcast listeners, revenue growth will be increased from podcast ads.

With people becoming more and more dependent on technology, along comes the concept of social shopping. Users can buy products directly from areas such as Facebook Marketplace and Instagram Store. The opportunity for social shopping is open to all: B2B, B2C and C2C. It is expected that cryptocurrency will be applied on social shopping to make transactions easier and safer. Also, with the use of social media as a discovery engine it will be easier to search for things you want to buy.

2020 will be a treat! Hopefully new changes will be applied which will make the lives of consumers not only easier and more secure, but at the same time to match the online behaviours which are being noted. It is exciting to see what tomorrow will unveil to us.